Irish rockers Therapy? had been around for over ten years before the release of 2003’s High Anxiety. They’d been through quite a lot, lineup changes, faulty record deals and audience indifference, but still they persevered. With the release of High Anxiety, the band went back to their roots, driving hard rock and the album’s standout, “If It Kills Me” was one of the best songs of their career and one song that needs to be heard by more.

The song is simple, but that’s the story of Therapy?’s career, they don’t know how to do things any differently, so why bother changing anything. The drumming of dynamo Neil Cooper propels the song to its hard-hitting best. The always reliable Andrew Cairns, a mix of soul and punk, delivers some of his best lyrics here, talking about the same thing he’s always talked about, failed relationships and how to get them restarted.

While the band gave it their best shot, it wasn’t enough and the song was left to wither and rot on the vine. But the band didn’t let it get them down and continued recording and touring. As of 2020, it is still unavailable to stream or download in the U.S. which is a criminal shame and needs to be rectified as soon as possible. Till then, the next best thing is watching the video on YouTube where you can witness Neil Cooper drumming slower than usual with a broken shoulder and a load of drugs to help him through the shoot.

Popular posts from this blog

Down in the Shacks with the Judybats: A Brief Conversation with Margaret ‘Peg’ Hambright 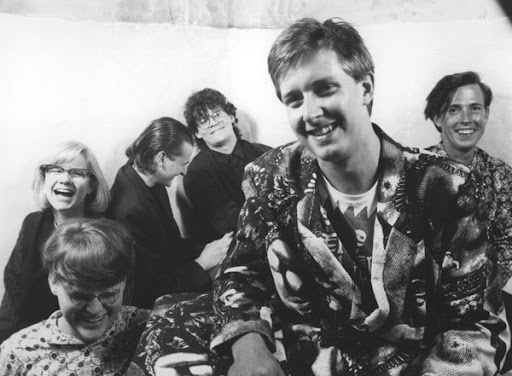 In 2008, I had just begun my role as a music journalist. Thanks to a keen editor at the now defunct punkbands.com, I started reviewing records before I’d even graduated from college. By the time I had graduated, I was already interviewing several musicians, in order to get my feet wet for the book I wanted to write. Amongst the first, the guinea pigs, if you will was Peg Hambright, former keyboardist of the Judybats, one of my all-time favorite bands. Since this interview, she has turned over ownership of her bakery and still plays music from time to time and still keeps in touch with the other members of the band. The interview was brief for two reasons: she wasn’t in the band very long and I was still figuring myself out as an interviewer. I learned a few things that contradicted things that had been printed online. Please enjoy.Pete: How did you end up joining the band and were you friends with some of them before you joined?Hambright: I was roommates with Tim and Johnny, and I met…
Read more 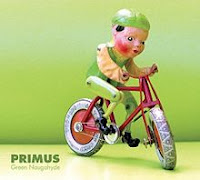 Well, another year has come and gone and once again, a lot of bitchin’ music has made it a great year. While it seems that popular music has gotten shittier and shittier, rock music came back stronger than ever. And thank God for that! On the personal side, new jobs have opened up and thinks have been looking up. But enough of me yakking, let’s get on to reviewing one of the heaviest years in rock!

Records of the Year

02. Red Hot Chili Peppers-I’m With You

Bouncing back from the second departure of John Frusciante, the band reemerged with stronger songs and catchier melodies. Some of th…
Read more

May 09, 2011
The 100 Worst Songs Ever!
This is a personal list of a bunch of the shittiest songs ever known to mankind, in my opinion as well as some very knowledgeable friends. Some people may wonder why songs like "Rico Suave" and "I'm Too Sexy" are not on this list and the reason is that everyone knows those songs suck; why not create a list of songs that some people have never heard or might not think are shit and that's what I did. So, after reading this list, please go and download all these songs or view them on YouTube and let the debating begin!
100. D.I.-Pervert Nurse (1985) (Suggested by Casey Clabough) [A simple, but yet quite filthy pop punk song from second generation Hardcore punk band.]
99. Dan Fogelberg-Run for the Roses (1981) [A song about the Kentucky Derby, how much more saccharine can you get?]
98. Serj Tankian-The Sky is Over (2007) [A chorus that makes no sense at all from one of the more inventive lyricists of the whole post-KoRn era.]
97. Dust for L…
Read more

Pete Crigler, MA '20
Virginia
Living in West Point, VA; My book "Keeping It Tight In The Old Dominion: A History of Virginia Rock Music" was published by DogEar Publishing in April of 2010 and is currently available at amazon.com and other fine online retailers.